How to Get Vegan Certified 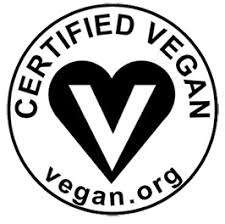 How To Get Vegan Certification For Food And Beverage Products

Choosing to become a vegan is as much an ideal philosophy as any. When it comes to foods, however, vegetarianism is a lot more complicated than it may seem. First off, there aren’t any international bodies regulating vegan labeling on foods. Various organizations, albeit official and recognized especially by the vegan community, decide whether or not a product is vegan. These organizations are composed of on-ground experts and scientists on the job.

It is essential to pass through their screening process and adhere to their guidelines to arrive at a result free from non-vegan processes and methods, and that doesn’t violate animal rights in any way.

Going through any of these bodies to get one’s product vegan certified may produce a varied experience. This is because of its lack of uniformity, represented in not having an international organizational structure and regulation. However, the vegan certifying bodies usually ensure that any product that passes through them is vegan-free according to their specifications.

Suppose you are wondering why you should get an official vegan label instead of just making some kind of vegetarian claim in your product. In that case, you should know that a claim of vegan content is way less influential on the buyer’s choice and product preference.

How Is Vegan Certification Done?

What makes a product vegan enough may also vary from organization to organization. However, the basic test is usually products with no ingredients gotten from animals and haven’t been tested on live animals. Some other organizations may include requirements like non-GMO ingredients or prohibit some CRM variations; all in all, it depends on the certifying agency involved.

There seems to be vegan label uniformity on the market scene. Even some products which may contain animal ingredients are still labeled vegan. How then do the average buyer and consumer decipher which is what among these many labels and make the best vegan choice?

To explain this, it is important to go ahead and get into the gist behind some of these labels, especially those that occur most frequently.

These types of labels do not exactly fit under proper vegan labels. It only insinuates a lack of animal cruelty during testing, i.e., that animals weren’t used to test the product, but whether animal ingredients were used in the production is not guaranteed. Buying a product labeled ‘cruelty-free’ doesn’t guarantee making a vegan choice.

Vegan All The Way Labels

These are the ‘vegan from the farm’ labels. These are very much desirable in the vegan world and would hopefully be recognized in years to come, but it isn’t currently. It refers to products made from raw materials that didn’t include animals for hard labor or any form of livestock input. This is ideal in the vegan world, although certification of this isn’t widely acknowledged yet.

Tell Us About Your Product