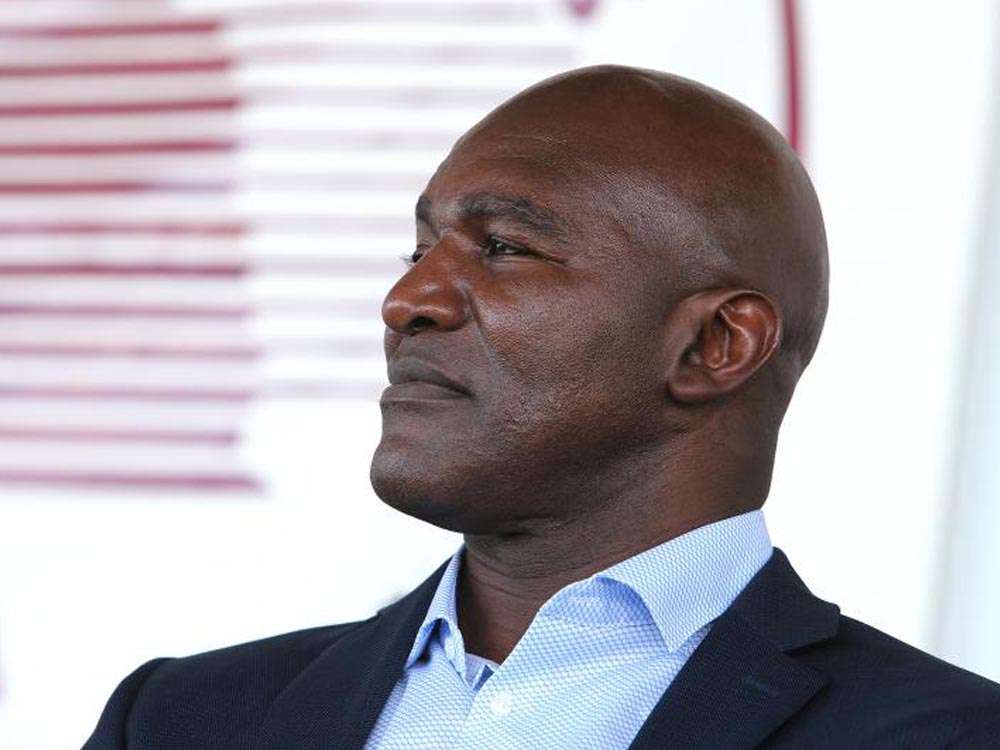 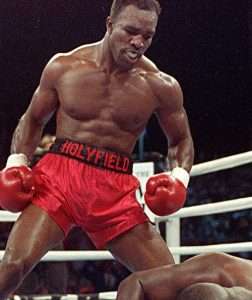 Evander Holyfield reigned as the undisputed champion in both the cruiserweight and heavyweight divisions, being the first and to date only boxer in history to do so, which earned him the nickname of “The Real Deal”. Holyfield is the only four-time world heavyweight champion, having held the WBA, WBC, IBF, and lineal titles from 1990 to 1992; the WBA, IBF, and lineal titles again from 1993 to 1994; the WBA title from 1996 to 1999; the IBF title from 1997 to 1999; and the WBA title for a fourth time from 2000 to 2001.

As an amateur, Holyfield represented the United States at the 1984 Summer Olympics, winning a bronze medal in the light heavyweight division. He turned professional at the age of 21, moving up to cruiserweight in 1985 and won his first world championship the following year, defeating Dwight Muhammad Qawi for the WBA title. Holyfield then went on to defeat Ricky Parkey and Carlos de León to win the WBC, IBF, and lineal titles, thus becoming the undisputed cruiserweight champion. He moved up to heavyweight in 1988, later defeating Buster Douglas in 1990 to claim the undisputed WBA, WBC, IBF, and lineal heavyweight titles.

He successfully defended the undisputed heavyweight title three times, scoring victories over former champions George Foreman and Larry Holmes, before suffering his first professional loss to Riddick Bowe in 1992. Holyfield regained the crown in a rematch one year later, defeating Bowe for the WBA and IBF titles (Bowe having relinquished the WBC title beforehand). Holyfield later lost these titles in an upset against Michael Moorer in 1994.

Holyfield was forced to retire in 1994 upon medical advice, only to return a year later with a clean bill of health. In 1996 he went on to defeat Mike Tyson and reclaim the WBA title, in what was named by The Ring magazine as the Fight of the Year and Upset of the Year. This made Holyfield the first boxer since Muhammad Ali to win the world heavyweight title three times. Holyfield won a 1997 rematch against Tyson, which saw the latter disqualified in round three for biting Holyfield on his ears. During this reign as champion, he also avenged his loss to Michael Moorer and reclaimed the IBF title.

In 1999 he faced Lennox Lewis in a unification fight for the undisputed WBA, WBC, IBF, and lineal titles, which ended in a controversial split draw. Holyfield was defeated in a rematch eight months later. The following year, he defeated John Ruiz for the vacant WBA title, becoming the first boxer in history to win a version of the heavyweight title four times. Holyfield lost a rematch against Ruiz seven months later and faced him for the third time in a draw.