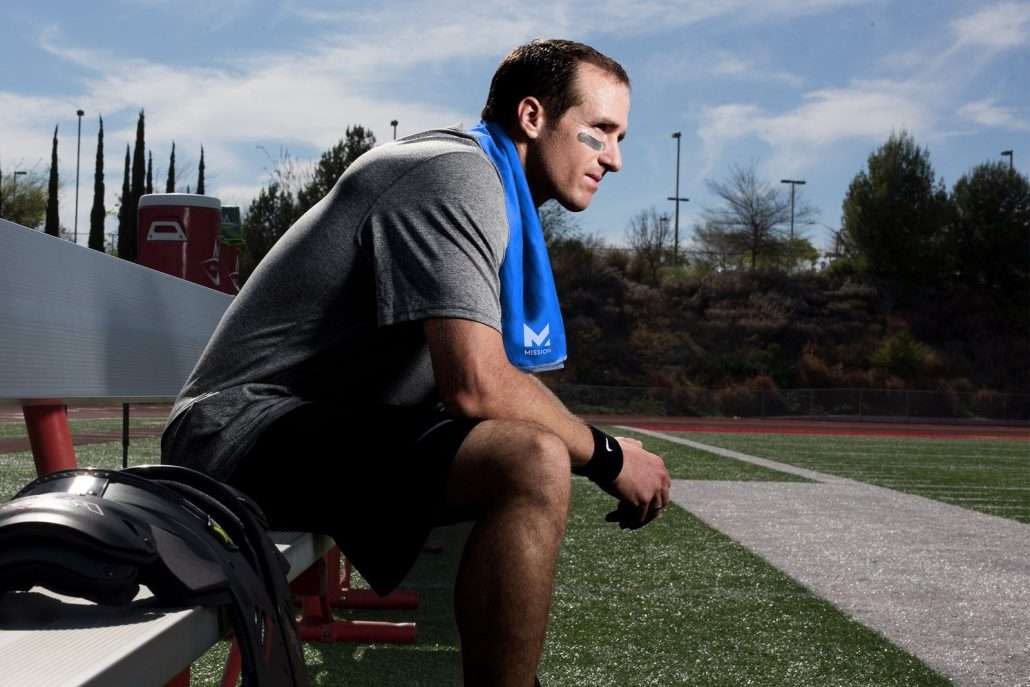 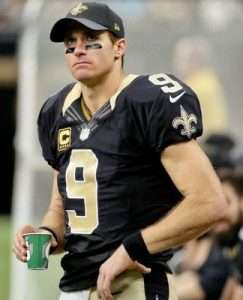 Drew Brees, quarterback for the New Orleans Saints of the National Football League (NFL). After a prolific college football career at Purdue University, he was chosen by the San Diego Chargers with the first pick in the second round of the 2001 NFL Draft. He left college as one of the most decorated players in Purdue and Big Ten Conferencehistory, establishing two NCAA records, 13 Big Ten Conference records, and 19 Purdue University records. As of 2017, he remains the Big Ten record-holder in several passing categories, including completions (1,026), attempts (1,678), and yards (11,792).

Brees started his professional career with the San Diego Chargers, earning the starting job in 2002 and making the Pro Bowl in 2004. Nine months after suffering a bad dislocation in his shoulder joint and a 360 degree tear of his labrum and rotator cuff, Brees signed with the New Orleans Saints as a free agent. He met immediate success in New Orleans, earning ten trips to the Pro Bowl and leading the Saints to their first Super Bowl in Super Bowl XLIV, a 31–17 victory over the Indianapolis Colts.

Since joining the Saints in 2006, he has led all NFL quarterbacks in touchdowns, passing yards, and 300-yard games. Brees has passed for over 5,000 yards in a season five times—no other NFL quarterback has done so more than once. He has led the NFL in passing touchdowns four times, and in passing yards a record seven times. He was the NFL’s Comeback Player of the Year in 2004, the Offensive Player of the Year in 2008 and 2011, and the MVP of Super Bowl XLIV. Sports Illustrated named Brees its 2010 Sportsman of the Year.