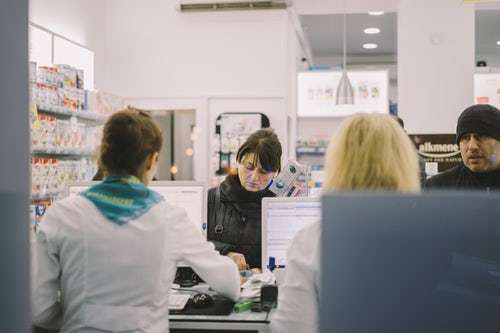 According to research carried out by Mayo Clinic and Olmstead Medical Center, nearly 70% of Americans are on one prescription drug, and more than half take two. With this, it can be realized that the pharmaceutical industry is a multibillion dollar industry. With new drugs being discovered and new patents applied for, it would seem that the last of the world’s ailment is being given the curative effect but there are still countless ailments that have claimed many lives but cures haven’t been found for them. However, in the interim, drugs like antiretroviral medicines that don’t cure but hold off the disease have to be repeatedly produced. The production of these medicines has helped preserve countless lives and more would be preserved.

Brokers are basically agents. Some people call them commercial agents. What they do is to enter into contract as agents for manufacturers or retailers. In this case, the manufacturers produce drugs. Brokers work independently and receive commission for the job done. Simply, they work on getting the products of manufacturers into retails and stores that sell drugs. To do this successfully, they gather a substantial wealth of knowledge and contacts to network their ways into drug stores and inevitably have their products stocked.

Pharmaceutical brokers are needed as the pharmacist has to focus on production. Having the broker connect the manufacturer with the retailers will help the sales grow. The manufacturer cannot be thinking about the product and still be worrying about the market at the same time. There needs to be attention on the production process in ensuring that the best is given out. The industry is very wide and research shows that many of the third world countries hardly produce their own drugs; they import the drug and then repackage for their consumers. This is a market that broker can penetrate and get local suppliers, distributors, and retailers to get the product to the final consumer.

Though drug has to be sold with caution, this does not however reduce the competition in the market.  A lot of manufacturers are looking at entering into the cannabis industry as the regulations are being relaxed in most states of the United States. The industry is promising with its worth edging towards 10 billion dollars in trade. Brokers would be useful in getting those with cannabis plantation with pharmacists looking at venturing into this line. The medical use of cannabis is not without the input of the pharmaceutical industry. Doctors don’t make drugs; they prescribe them. Thus, having to prescribe will take the knowledge of available drugs in the market.

Brokers are agent and theirs is to source for market and connect the manufacturers with those who will sell. The broker is an independent agent and his job is to serve as the middleman. It should be noted that the broker does not sell drugs; neither does the broker distribute drugs to stores and retail outlets. The broker connects players in the supply chain and gets commission from this.