How to get your product into Shopko

How To Get Into Shopko

Founded in 1962 and closed in June 2019, Shopko was a chain of retail stores based in Ashwaubenon, Wisconsin. The company was founded by James Ruben as ShopKo Corporation (with upper-case “K”). It opened its first store in 1962 in Green Bay.

In 1999, Shopko purchased Pamida, a regional discount chain that operated mainly in smaller communities of 3,000 to 8,000 people. Shopko operated Pamida as a separate division until 2007, when Pamida was separated from Shopko and reestablished as a separate company. In 2012, Shopko and Pamida merged into one company. Shortly after, most Pamida stores were rebranded as Shopko Hometown.

Customers who shopped there can give accounts of how the stores were. One of the customers posted on yelp.com that: “This is quite a store. It’s like a cross between Big Lots and Wal-Mart. They’ve got everything here short of fresh food. If you need Packers gear, this is a great place to stop. They’ve also got a Payless Shoes mini store inside.

I will say that you do need to be a savvy shopper, though. I saw a kitchen mat selling for $49. I bought the exact same mat at Big Lots for $15.

Maybe I just like the novelty of a new store (new to me, anyway). But Shopko is pretty neat.”

For a distributor, this used to be an established store that can get your products to move as fast as possible. With the awesome varieties they offered and the established customer base, it could be easily deduced that there are customers already dedicated to what they sell. However, this was a big retailer and there was a high standard for products they took in.

Their closing up would be very painful to several dedicated customer who have always done business with the store for quite long. The company tried to stay on by downsizing but the liabilities kept going over the assets. It would be remembered by many customers that this was the store that offered “discount on prices, and not on quality”.

Typically retail buyers change either companies or positions every few years. This strategy helps retailers know that their buyers are not taking “kick-backs” and are selecting the very best product for the very best position each time.

Buyers are typically held to a very rigorous standard of sell-through volume that they must hit and because of this they are risk averse. Your job as a supplier or vendor is to convince them that the buyers going into the stores not only know about what you’re selling but are actively seeking the product in the store currently.

How to Submit a Product to Shopko 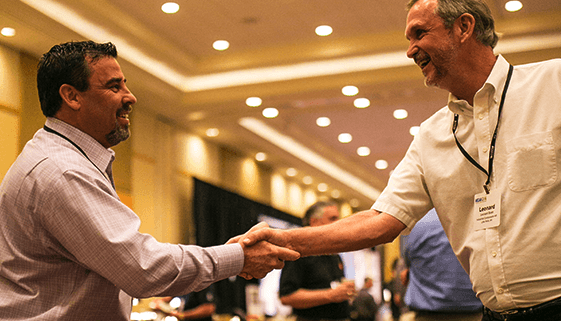 There are several ways to get a product placed in Shopko. However, most entrepreneurs only dream about getting their product distributed to major retailers, few actually do it. We have experienced a significant rise in interest since the show Shark Tank started airing on NBC. Mr. Checkout has had the pleasure of working with a few Shark Tank success stories such as KISStixx and 180 Party Cups which are now currently being distributed around the country to stores like Walmart, Target, Kroger, 7-Eleven and more.

If you envision your product would be a good fit for Shopko, we have a few steps to help you get your product on their shelves.

Let Us Know About Your Product

Here are the 6 steps you need to take to have your product placed in Shopko.

2. Be prepared to profit.) Does your product offer enough of a profit margin for Shopko? Can you sell your product at a reasonable enough profit to cover the packaging, shipping, commissions, marketing and wholesale distribution? Check Shopko guidelines for other fees that you will have to build into the cost of your product in order for you to be able to turn enough of a profit to make the effort worth your while. If you work with a discount retailer, they will try to strip your profits down to zero in order to keep their prices as low as possible.

The typical breakdown of margins are: If a products costs $1 to produce, that product will retail for $4. That product that retails for $4 will wholesale for $2 to distributors and stores that purchase direct. Retailers like Shopko may offer to pay $1.25 to the manufacturer if the product costs $1 to produce. That is the typical profit margin.

3. Determine if   is the right store for your product.) The relationship between you and Shopko starts with you browsing their store for competing products. If Shopko already has a similar product, it is going to be very difficult to get your product picked up. Spend some time at your local Shopko to see what kind of products they are selling, speak to the manager and see if he thinks your product will sell well in their store. Picture in which zone your product would best fit on the shelf and keep in mind that the most precious asset that these big box stores value are their shelf space. Keep this information in mind when you are preparing your presentation to Shopko.

If your company is minority or women owned, check Shopko website and see if they offer specific opportunities for those designations.

It’s common for companies to hire a broker to pitch their product to Shopko, as it will be more likely that your product will make it to the next stage if the individual pitching your product has industry knowledge or a personal relationship with Shopko. The percentage of commission verses, however generally a broker will take around 5% to represent your product too Shopko.

We at Mr. Checkout have experience dealing with brokers and know that there are several retail brokers that have poor business practices that can potentially damage your brand. If you are seeking a legitimate Shopko, please give us a call for a recommendation. It could save you a huge headache and a lot of money.

5. Complete the required Shopko paperwork. Often Shopko will have you go through an application process. However, before submitting the paperwork required by Shopko, you should contact a buyer at Shopko and let them know your intentions. Having a contact inside of the company will potentially move your application more smoothly through the process.

6. Anticipate the need for increased volume.) Having Shopko agree to stock your product will most likely mean a significant increase in volume. You should be prepared to ramp up your production and informing your manufacturer of this opportunity.

Having production, logistics and distribution to sync is not only difficult, it requires a significant amount of time invested in customer relations. Also, Shopko may have stipulations in the contract that may penalize you for delays in shipping and production. Have an attorney explain all contracts to you if you don’t understand the terms.

If you’re looking to sell your product to Shopko, be sure to thoroughly assess the marketplace, carefully prepare for production growth, and take full advantage of resources available to help you grow your business.