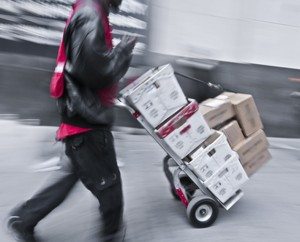 How to Sell Your Product into Golden State Foods

Google “how to sell to Golden State Foods” and you’ll find that submitting a product through their site is the first step. This might not be a bad option if you’re ready for a very long review and sales cycle. However, if you’re not prepared for how the company operates, there are plenty of potential pitfalls to submitting a product early as you may only have one chance.

Golden State Foods, previously known as Golden State Meat Company, was founded in 1947 by food industry veteran Bill Moore. The organization, which started as a small-scale business to provide meat, hamburger patties, and other supplies to eateries, hotels, and restaurants in Los Angeles and its environs, is now one of the largest suppliers in the food industry worldwide. The establishment is set on core values and principles that have aided their growth over the years.

Since its inception, GSF has partnered with multiple institutions that have helped its evolution. Through their creed and values, which focus on fair and equal treatment, a hundred percent customer satisfaction, and togetherness as the ultimate recipe for success, GSF has tremendously transitioned from being a small business serving approximately 125,000 restaurants in over 40 countries on five continents.

Growth Over The Years

Since its establishment in 1947, Golden State Foods has continuously sought to expand its horizon, which has been successfully achieved. Currently, GSF serves over 40 countries, including Egypt, China, Australia, New Zealand, and many more countries. The organization has effortlessly distributed its products via its quality customs distribution and logistics around the globe while strictly abiding by each country’s foreign policy and laws and consistently maintaining perfection in delivering quality products.

In a bid to expand its horizon and achieve the highest standards in the food industry, GSF, in the 1950s, partnered with McDonald’s Corporation. The partnership was built on principled relationships, fundamental values, and an objective of being prime participants of the food processing and distribution industries. The partnership flourished immensely, with GSF recorded a peak annual sale of $2 million. The enterprise started making beef patties for McDonald’s after a few years in Southern California and went on to become its main beef supplier.

GSF accomplished significant institutional achievement every decade; their unending quest to attain industrial perfection was unmatched. Their progressive attempts to broaden their scope saw the expansion of the company’s product line that included liquid products in the 1960s. The company became an exclusive supplier for McDonald’s in 1967 after an impressive annual sale of $8 million. Exports were made to McDonald’s in the Caribbean, Asia, and South America, and the company opened its first distribution center in San Jose, California. Within the same decade, GSF invented the Big Mac Sauce.

Remarkable development was attained in the next decade. Sales massively leaped from $31 million to over $337 million, and the organization created distribution centers in regions such as Phoenix, New York, Arizona, Greensboro, Hawaii, North California, and many other zones.

Further, the company provided distribution and warehousing for all McDonald’s items to launch the current industry standard, One-Stop-Shopping. Distribution expanded in the 1980s, and GSF began making ketchup for McDonald’s. Sales tripled to $1.7 billion in the 1990s. GSF later went on to acquire Essentia Foods and KanPak China in 2008 and 2012, respectively, for further expansion.

Golden State Foods continues to expand and is currently one of the world’s largest organic produce suppliers, meat, liquid, and dairy products to the food industry. Pursuing an unending success and seeking to remain at the pinnacle of excellence, GSF is currently led by a highly proficient 9-man Board of Directors and an 18-man Management Committee headed by Chairman and CEO of Golden State Foods; Mark Wetterau.

The company has dedicated itself to the social responsibility of giving back to society through the non-profit organization; GSF Foundation. The foundation makes personal contributions and contributions to enhance the quality of life and education of GSF associates. Partnerships with company vendors such as Morning Star, Aramark, and ADM have provided programs in the foundation such as Bike Building Program, Back(Pack) To School, Coats for Kids, Pedal to Perfection, and Feeding Hunger; A ‘No Lunch’ Lunch.

Ready to get started with Golden State Foods? Tell us about your product line.