Just like many American states, Massachusetts started out with large scale agriculture – with fishing as a peculiarity in Massachusetts. However, in the 19thand 20thcentury, massive manufacturing took greater space in the economy. However, the 21stcentury has seen a migration of the labor force from manufacturing to the services sector. This is practically because the historical and tourist centers in the state have created another industry that is highly profitable.

With this economic trend, it can be realized that there is a large market retailers are tapping into. Retail distributors also understand the needs and the peculiarity of the state and thus get needed supplies to the stores.

The retail business is basically the sale of goods to consumers. It is that outlet that deals in the transfer of the product to the last person in the supply chain – the consumer. The retail outlets could be the supermarket, the retail stores, the grocery stores, the convenience store, dollar stores, smoke shops, shopping malls, adult stores, hotel lobby stores, and general stores.

Retail distributors are essential links in the supply chain. When manufacturers produce their products, they need distribution for the product. There are several situations where the manufacturer does the distribution to retailers. This is direct store delivery. However, not all manufacturers have the capacity to do their own distribution to retail outlets. For instance, a new brand still seeking market recognition does not have a name in the market and will need to be significantly promoted and pushed. A retail distributor can do the better job of getting the product to several hundreds or even thousands of stores.

Seafood is also one key food resource that the state has. Seafood companies have to get the products to retail stores and there is already an established line of retail distributors in that line. Black River Produce is a wholesale distributor of produce, seafood, and dairy. They also engage in some brokerage services of connecting farms and small purveyors to institutions, restaurants, and retail stores.

Retail distributors – who deal in food items – hold memberships in the Massachusetts Food Association which includes players in the food supply chain. This association helps to connects different players to see how they can do business together.

Massachusetts is a big state with millions in residents; a lot is needed to satisfy the needs of the millions and thus, the utmost importance in the job of retail distributors.

Independent distributors in Massachusetts focus on General Stores, Convenience Store, Dollar Stores, Retail Centers, Smoke Shops, Shopping Malls, Adult Stores and Hotel Lobby Stores. Our Massachusetts distributors use their long-term relationships with retail stores allow them to put new products in the store where other merchandisers can not.

In Massachusetts we have Food and Beverage Distributors, Smoke Shop & Tobacco Distributors and Specialty Distributors that cover sports stores, hotels and Adult Store Distribution. If you are seeking to release a new product to the retail market, the independent distributor can be your best friend. Mr. Checkout is in the business of bringing new products to market by introducing your products to the right channel for distribution. Often when a product is well suited for retail or performs well in independent stores we are able to take that product to the next level for big box stores. 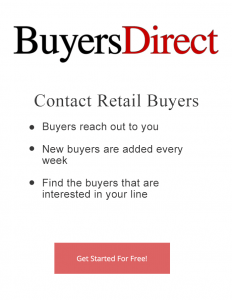