The Sunshine State got its name from the flora and fauna it has within its territory. The attention paid to beauty in the state is one that brings it thousands of tourists and vacationers who want to stay closer to nature in a society where technological development and advancement still hover around. This brings a lot of money to the state.

Tourism has been Florida’s major source of income for many years. Although it initially attracted visitors from the Northeastern states during the winter months, it is now a year-round vacationland visited by tourists from every state, Latin America, and also from Canada and other foreign countries.

Florida has a population of 21.64 million people and this is very large market for retailers and retail distributors working in this state. This is the kind of population that keeps supply rolling and there is an assurance that there will always be demand for it. For a population of over 20 million, several thousands of retail outlets are needed to cater for the number. 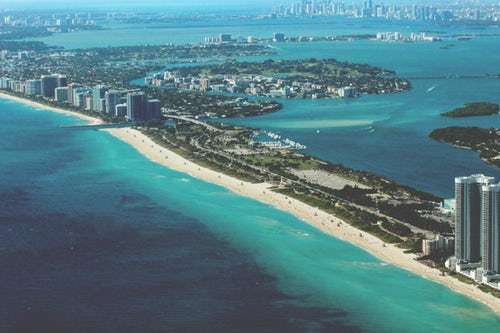 Retail distributors are essential links in the supply chain. When manufacturers produce their products, they need distribution for the product. There are several situations where the manufacturer does the distribution to retailers. This is direct store delivery. However, not all manufacturers have the capacity to do their own distribution to retail outlets. For instance, a new brand still seeking market recognition does not have a name in the market and will need to be significantly promoted and pushed. A retail distributor can do the better job of getting the product to several hundreds or even thousands of stores.

With about 20% of the working population in the state of Florida into retail and wholesale trade, there is an impressive amount working in the supply chain. However, there is more to the supply chain than the number involved. There are general goods everyone is interested in but there are specialized products like adult goods, sport goods, smoking goods, and some others.

There are several other distributors who deal in groceries, electronics, toiletries, and other essentials. These products get to retail outlets through the unique distribution channels developed in the course of business.

Independent distributors in Florida focus on General Stores, Convenience Store, Dollar Stores, Retail Centers, Smoke Shops, Shopping Malls, Adult Stores and Hotel Lobby Stores. Our Florida distributors use their long-term relationships with retail stores allow them to put new products in the store where other merchandisers can not.

In Florida we have Food and Beverage Distributors, Smoke Shop & Tobacco Distributors and Specialty Distributors that cover sports stores, hotels and Adult Store Distribution. If you are seeking to release a new product to the retail market, the independent distributor can be your best friend. Mr. Checkout is in the business of bringing new products to market by introducing your products to the right channel for distribution. Often when a product is well suited for retail or performs well in independent stores we are able to take that product to the next level for big box stores.