Product distribution has a technique that necessarily needs to be followed by retail distributors in expanding their business, attracting more customers and getting more revenue in the financial purse of these stores. Mapping out an authentic strategy boosts retail distribution performance to the peak. So, a distributor that wants an increase in positive outcomes from sales would enhance the exposure of the retail industry in the product market and create an edge in retailing, in terms of speed and efficiency. A distributor partakes in collaborative relationships with clients and manufacturers by purchasing products, storing them and selling them following the distribution channel. The path or the flow of transaction between a manufacturer and a consumer is referred to as the distribution channel. These channels can be relatively simple or increasingly complex or direct and indirect. 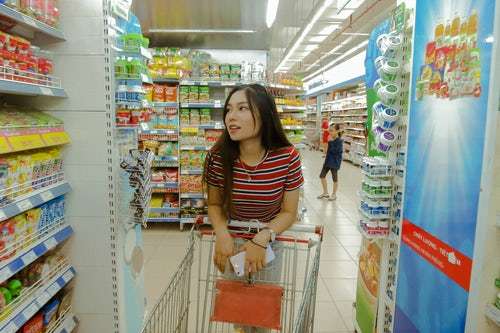 The capital of Arkansas and the most populated city is Little Rock. This city is located in the central portion of the state and is a hub for transportation, culture, government and of course, business. Arkansas as a home to over 3 million people enjoys good flow of revenue from retail distribution businesses.  Arkansas is a home of about 500 companies especially retail distribution organization one of which is Walmart, considered as the world’s number 1 corporation. As at 2015, the economy of Arkansas produced 119 billion U.S. dollars of gross domestic product. The state’s per capita income was 36 027 dollars in 2010 while the three-year median income from 2009 to 2011 was 39 806 dollars.

Arkansas, according to CNBC, ranks as the 35th best state for business, with the 10th lowest cost of doing business, 8th lowest cost of living, 41st best workforce, 29th best economic climate, 41st best infrastructure and the 32nd friendliest regulatory environment. With all these ranking in place, Arkansas as a state is very favourable for retail distribution stores to thrive without encountering so much hurdles that would decrease sales. Therefore retail distribution stores or organizations in Arkansas would much easily create revenue from the retail business due to the lovely features attached with the state.

Independent distributors in Arkansas focus on General Stores, Convenience Store, Dollar Stores, Retail Centers, Smoke Shops, Shopping Malls, Adult Stores and Hotel Lobby Stores. Our Arkansas distributors use their long-term relationships with retail stores allow them to put new products in the store where other merchandisers can not.

In Arkansas we have Food and Beverage Distributors, Smoke Shop & Tobacco Distributors and Specialty Distributors that cover sports stores, hotels and Adult Store Distribution. If you are seeking to release a new product to the retail market, the independent distributor can be your best friend. Mr. Checkout is in the business of bringing new products to market by introducing your products to the right channel for distribution. Often when a product is well suited for retail or performs well in independent stores we are able to take that product to the next level for big box stores.