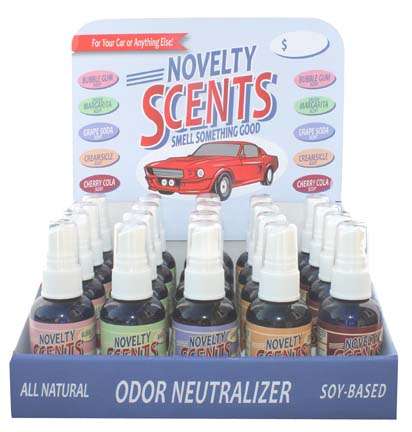 The story behind AromaEarth’s inception is quite unique. In 1993, founder-CEO Kimberly Brown Lemler, was diagnosed with EBV (Epstein-Barr Virus) and MCS (Multiple Chemical Sensitivity). She could not wear any kind of fragrance or be around household cleaners, detergents, etc. She spent many years in this condition, dreaming of the day when she could again wear fragrances. When that day came, she decided to start a fragrance business as a testament against the ailments which almost took her life.

Kimberly started a candle manufacturing company and worked from scratch to formulate beautiful fragrance combinations for her candle line and for her private label candle clients. After working with fragrance formulations day in and day out, she decided to branch out into wearable fragrance – and the rough draft for Cali Blue was born.

Eventually, Kimberly began consulting with one of the industry’s top perfumers to create her flagship product, Cali Blue. By 2008 the process for bringing Cali Blue to fruition had begun and in the summer of 2011, Cali Blue Eau De Parfum was officially launched to the press…

AromaEarth continues to create new fragrances and Kimberly’s next beautiful fragrance will be released in 2015. A men’s EDT fragrance called Largo 33037 has just been released! We have added a pet fragrance/odor neutralizer to the line, and other new products are coming in 2015.